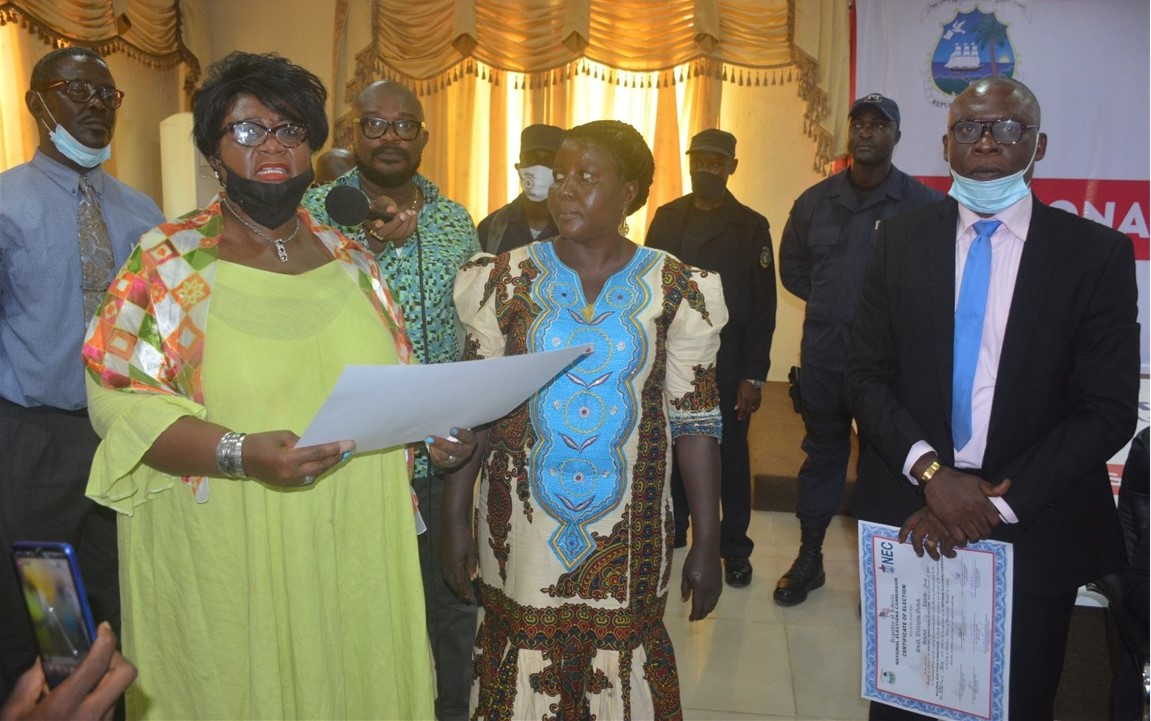 Senators Botoe Kanneh of Gbarpolu and Wellington Gevon Smith of Rivercess counties were certificated Tuesday, 30 March 2021 at a colorful and will attended program held in the James M. Fromayan Conference Hall on the compound of the NEC on 9 Street, in Sinkor.

Performing the certification ceremony, the Chairperson of NEC, Davidetta Browne Lansanah assures Liberians of the Commission’s commitment and Constitutional mandate to conduct free, fair, credible and transparent elections throughout the Country.

The Chairperson of NEC reminded all Liberians that election is everybody’s business and it was therefore binding on all Liberians to ensure a peaceful election at all times. The NEC Boss wants all Liberians, including the Elections Commission to commit themselves to the rule of law as the surest way to sustaining our peace and democracy in Liberia.

Responding, Senators Botoe Kanneh of Gbarpolu and Wellington Gevon Smith praised the NEC for the transparent and credible conduct of the 8 December 2020 Special Senatorial Elections and Referendum in Liberia, regardless of the many challenges faced by the Commission during the process.