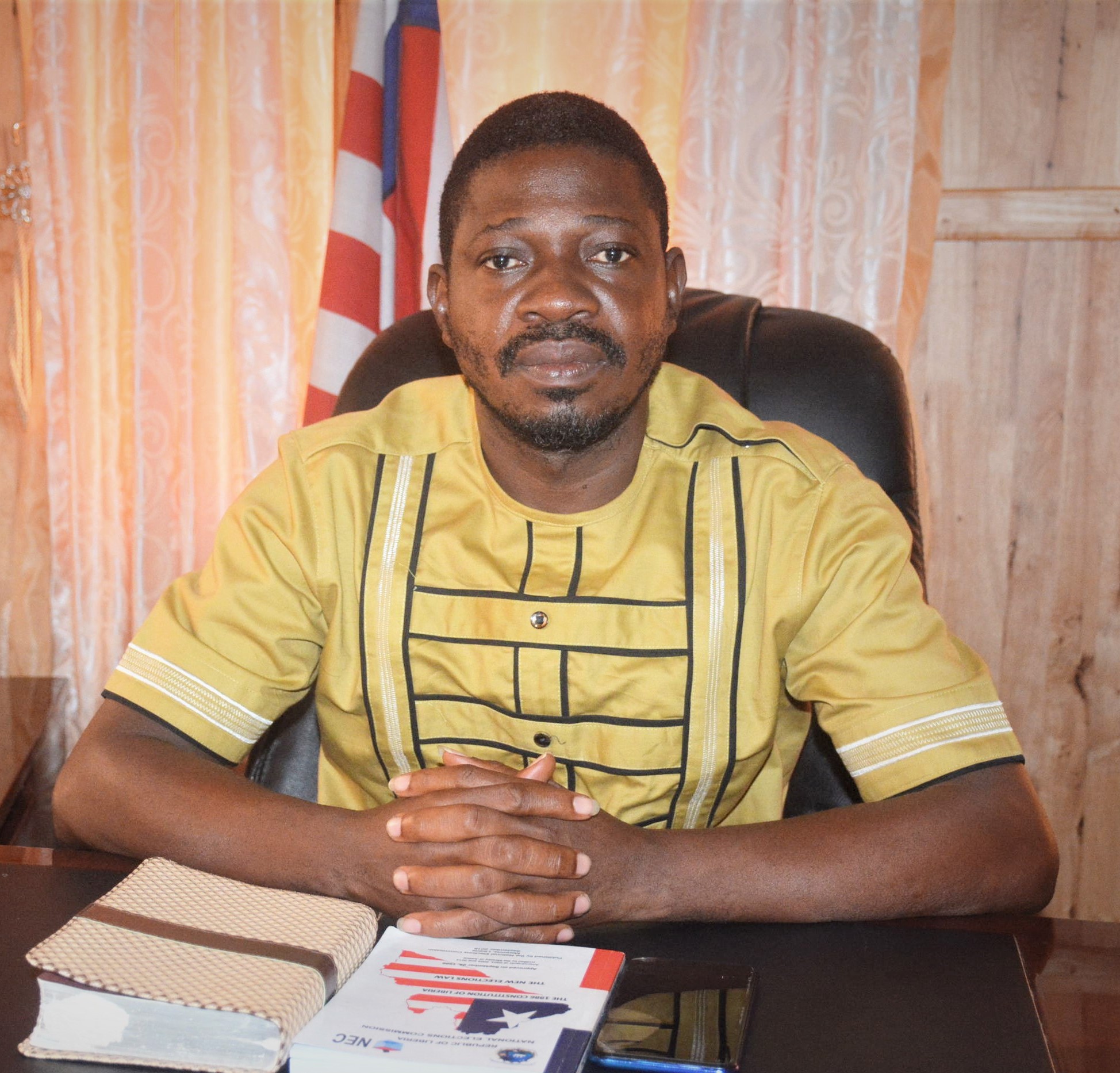 Commissioner Kpangbai is an accomplished election worker for many years. He joined the NEC in 2004. Prior to his appointment as Commissioner, Hon. Kpangbai` served as Senior Election Magistrate for Lower Bong County for 10 consecutive years.

Hon. Kpangbai is a proud son of Bong County in central Liberia.

He has obtained many local and international professional trainings in election administration, including in India and South Africa.

Besides, Commission Kpangbai holds a certificate in Monitoring and Evaluation from the Liberia Institute of Public Administration (LIPA). He obtained a BSc degree in Economics from the University of Liberia in 2003.

Hon. Kpangkbai is an old teacher, who taught mathematics at several high schools in Monrovia between 1995 and 2002, prior to joining the Commission.

Hon. Kpangbai has oversight on Civic and Voters Education (CVE) Section of the Commission.

The highly experienced election administrator longs daily to uphold the independence of the Commission at all times.