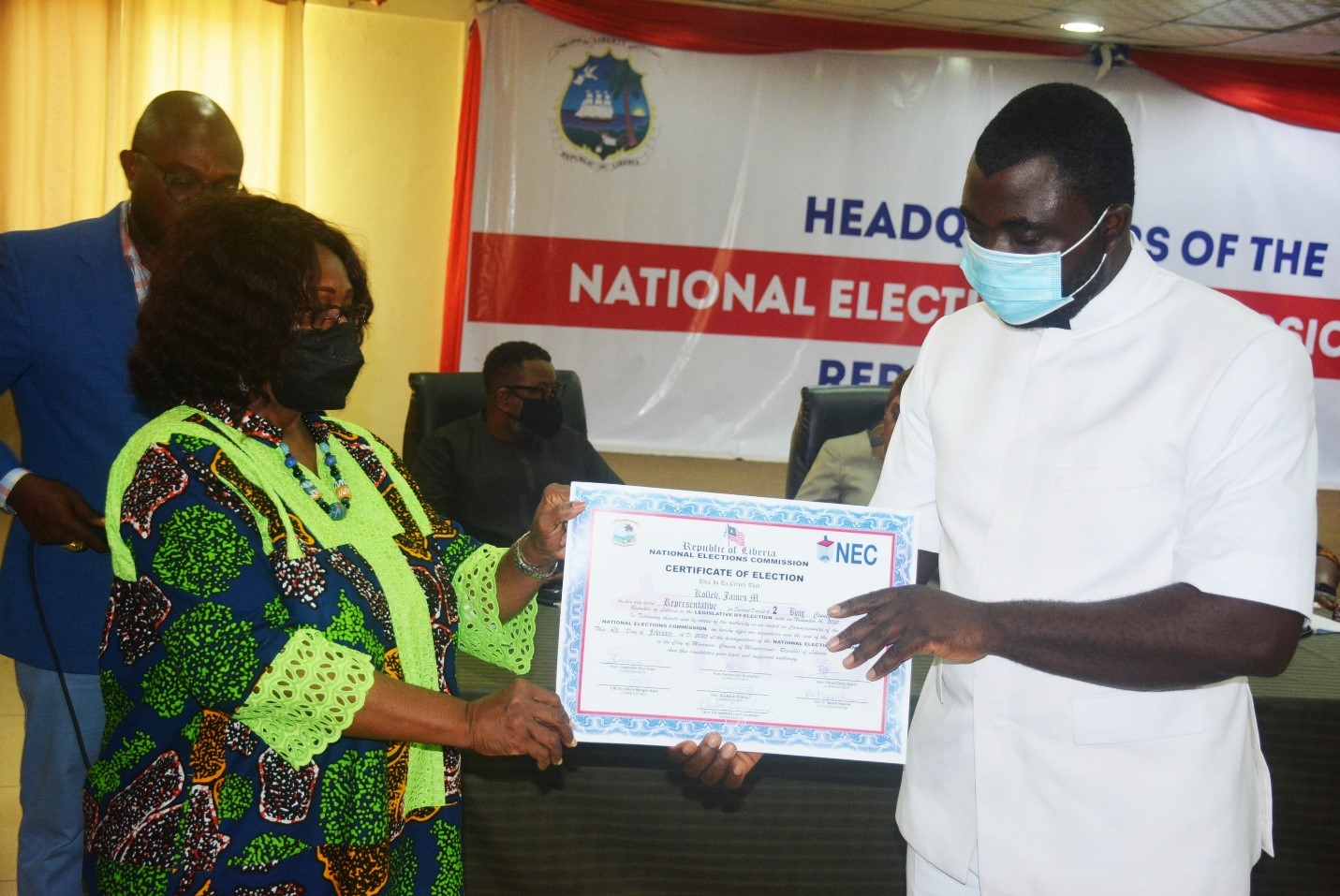 MONROVIA, Friday, 4 February 2022, the Board of Commissioners, (BOC), of the National Elections Commission, (NEC), has certificated the winner of the 16 November 2021 Representative By-election in electoral district #2, in Bong County.

Representative James M. Kolleh of the People’s Unification Party, PUP was certificated today, Friday, 4 February 2022 at a colorful program held in the James M. Fromayan Confoerence Hall on the compound of the NEC on 9th Street in Sinkor.

Madam Browne Lansanah, performing the ceremony assures Liberians of the Commission’s commitment to conduct free, fair, credible and transparent elections throughout Liberia as prescribed by law.

Before the certification program was the reading of the mandate from the honorable Supreme Court of Liberia, by the Clerk of Writs of Elections, of NEC, Fofee Sheriff in the small conference room of the NEC in Sinkor.

For his part, Representative Kolleh challenged members of the BOC to use the same level of excellent work exhibited during the 2021 Representative By-elections into 2023 General Elections throughout Liberia.