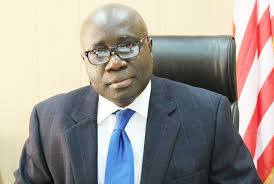 Monrovia…………Constant downpour in Sinoe County in South Eastern Liberia has delayed the kickoff of the Voter Roll Exhibition, which started Monday June 12, 2017 across the Country.

He said with the exception of two Centers in District two- Old Government Camp-Neeteah and Sunshine Town Hall, all the remaining Centers are affected by the overflow.
Cllr Korkoya said the force majeure did not affect District three. Sinoe County has three Electoral Districts.

Meanwhile, the NEC Chairman says aside from the two Districts in Sinoe County, there are good news coming from all other parts of the Country. He said registrants of the affected parts of Sinoe will be given the same number of days for the Exhibition once NEC workers gain access of the affected Centers.

The Voter Registration Exhibition, which runs for six days, kicked off Monday June 12 around Liberia. The exercise ends Saturday June 17, 2017. It is a cardinal electoral date as per Article 9.2 of the Voter Registration Regulations and in keeping with section 3.6 of the New Elections Law of Liberia.
The Provisional Registration Roll is a compilation of names, photos, center codes, ages, among others of individuals who registered during the voter registration from February 1 to March 14, 2017.