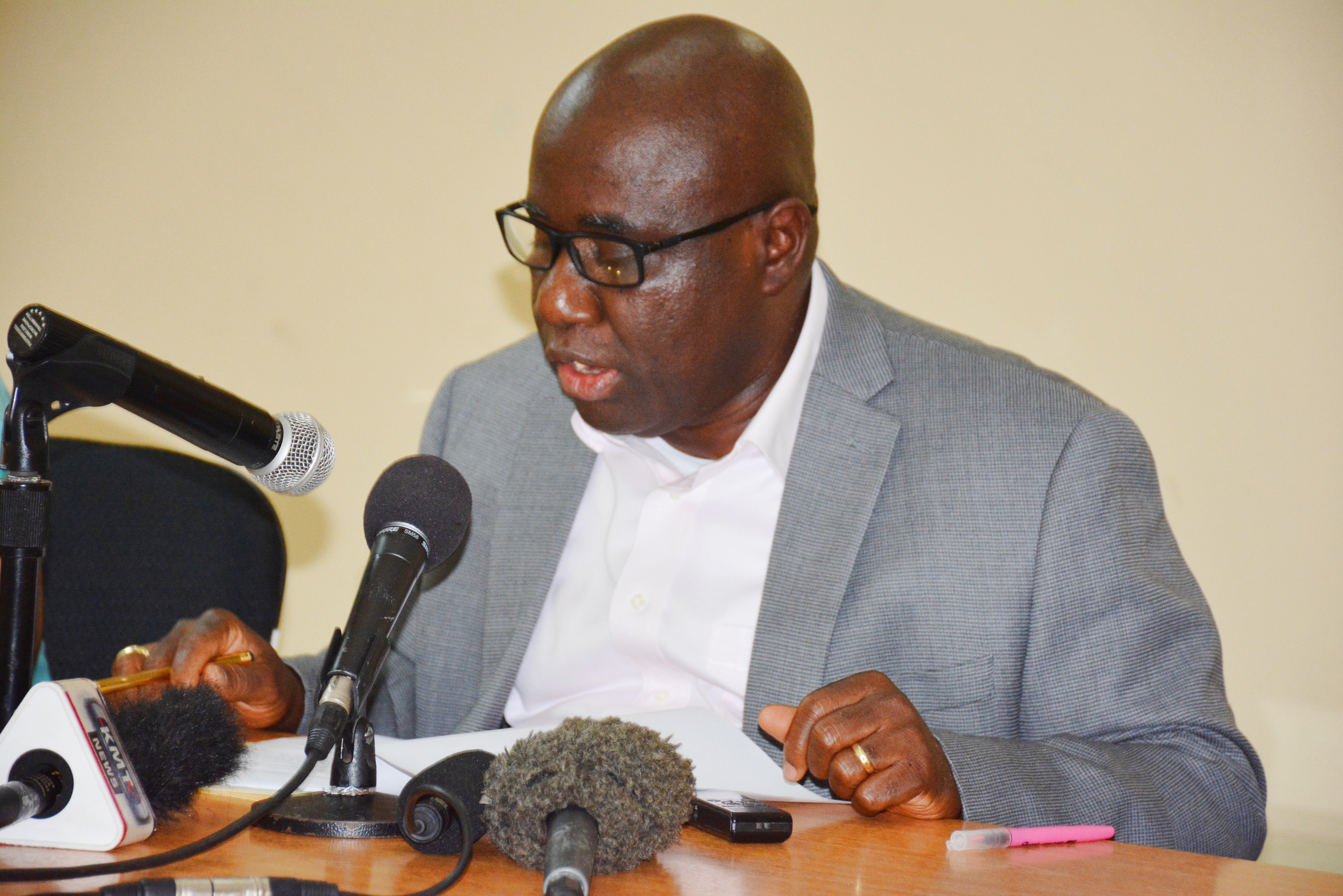 Good afternoon our partners of the fourth estate, on behalf of the Board of Commissioners and the workforce of the National Elections Commission, I welcome you to the maiden edition of our weekly press conferences.

As we get closer to the 2017 October elections, we believe that our weekly press conferences, code name “Elections Update” will give the voters, political parties and candidates, as well as our international partners a weekly update on the ongoing elections process.

Elections Update will also fill the void overtaken by speculations and negative insinuations about the 2017 elections.

We are glad that you have come and we urge all community radios to relay the national radio station ELBC and UNMIL radio for the sake of the rest of the people throughout the country.

Today we will inform you about a few important activities. Those issues include:

Many thanks for coming.