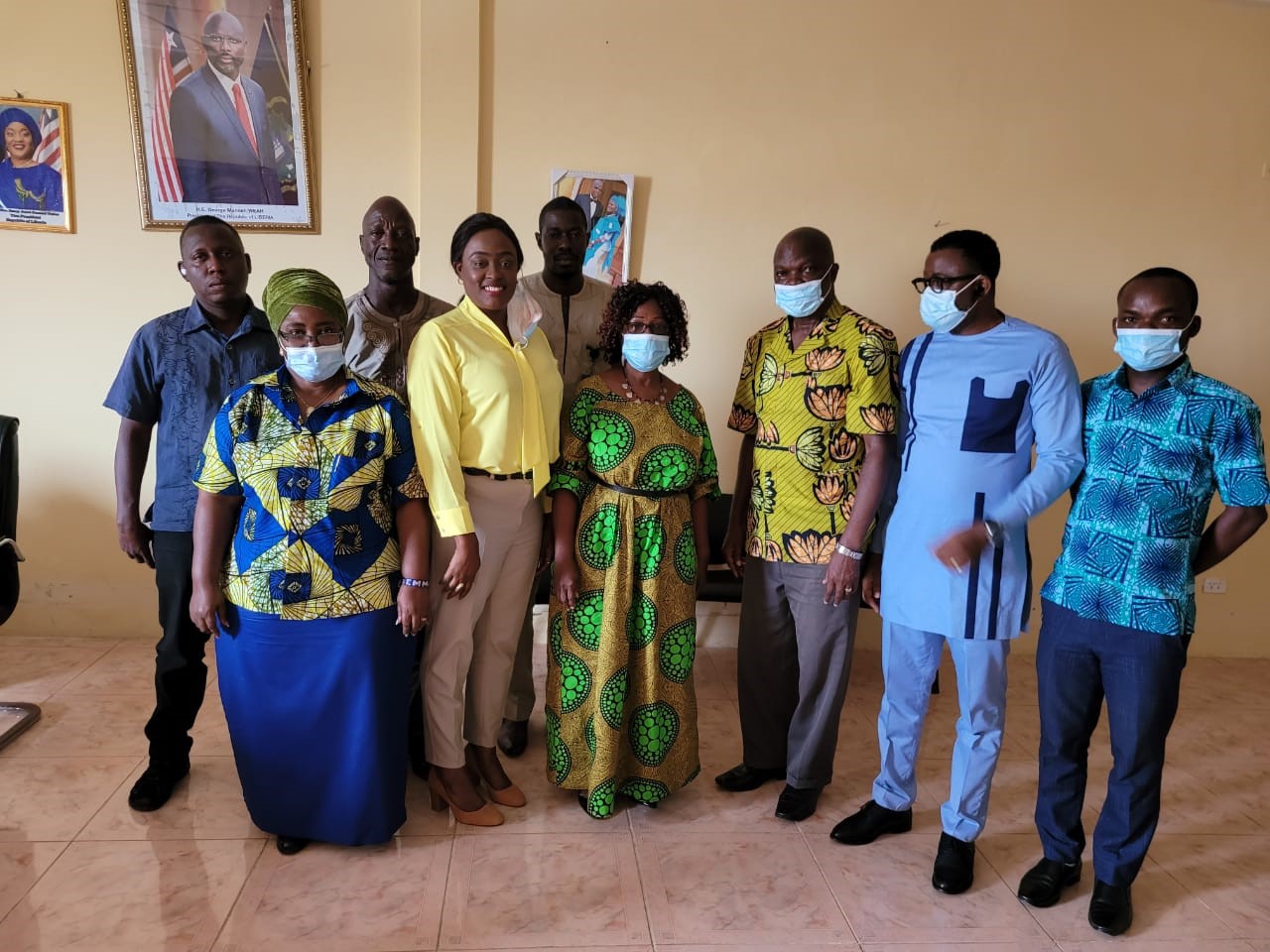 MONROVIA, 27 May 2021, Thursday, the National Elections Commission of Liberia (NEC), on Tuesday, 25 May, 2021, paid a courtesy call on authorities of the Liberia Institute of Statistics and Geo Information Services (LISGIS) to initiate discussions for engagements leading to the conduct of the National Census and Election Boundary Delimitation.

The National Elections Commission, through the office of the Chairperson, Madam Davidetta Browne Lansanah requested the meeting.

Professor Francis Fonanyeneh Wreh, Director General of LISGIS, welcomed the five-member NEC delegation, informing them about the digital system being used for the national census, first of its kind in Liberia. The census will capture coordinates of structures, including schools, hospitals, etc, be it private, government owned, temporary or permanent.

According to NEC, Data collected by LISGIS will be used for reapportioning constituency/(ties.) that will be used for the upcoming 2023 Elections, meaning a delay in the census could impact the work of the NEC by affecting the timeline for redistricting, thereby affecting the overall election timeline. NEC will use the data collected by LISGIS to do spatial planning, plotting of registration centers, voters’ allocation, map production and updating NEC geo-spatial database. It was agreed that LISGIS will formally invite the Commission to participate in (1) it’s the Steering and Technical Committee meetings on the national census.

NEC Chairperson, Madam Davidetta Browne Lansanah, thanked the LISGIS team and reiterated the need to engage key stakeholders to find a way to resolve existing land disputes as being left unattended, could impact the work of the census, the conduct of Representatives Elections, and the allocation of voting centers within the different districts.