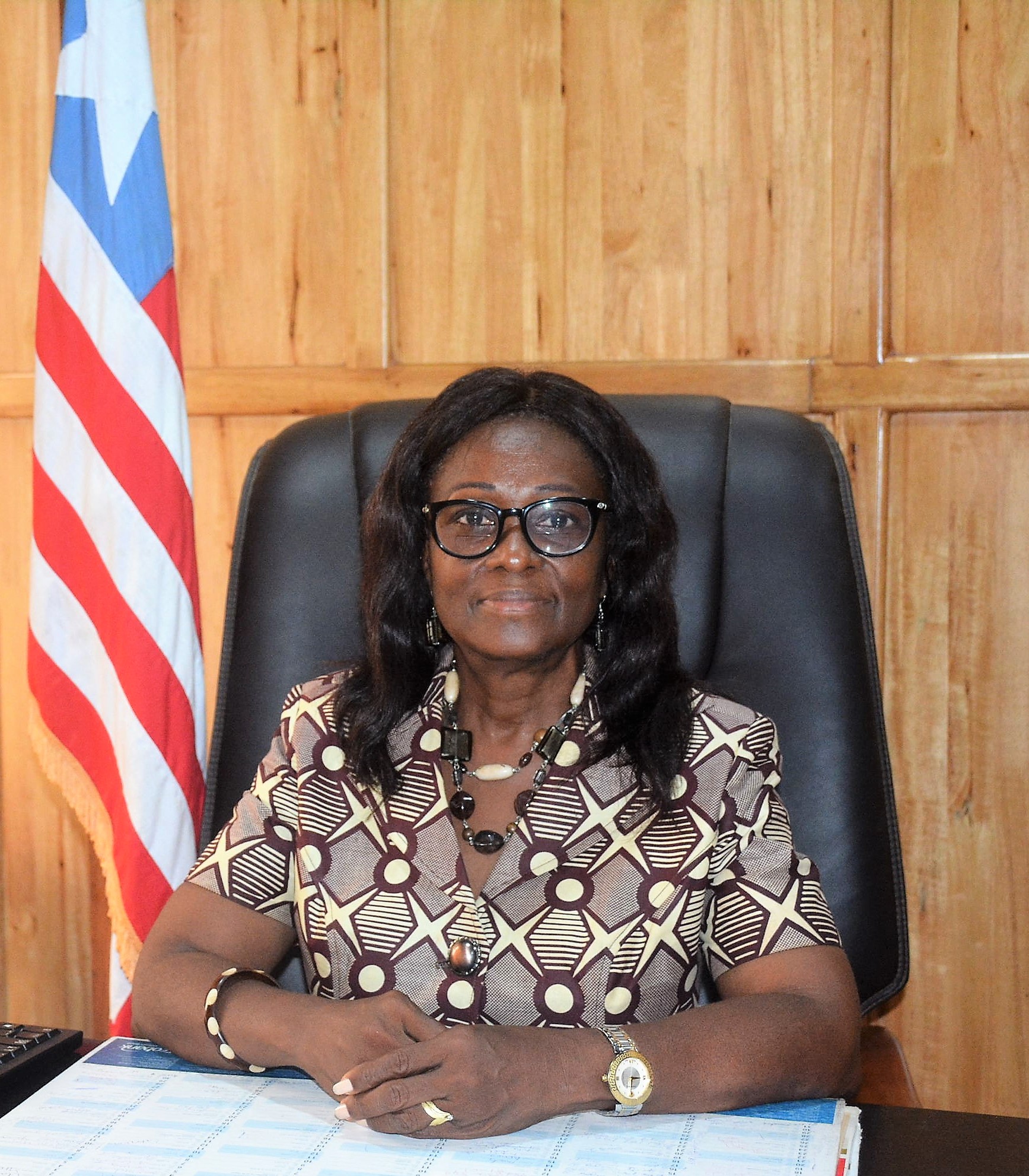 Mrs. Davidetta Browne Lansanah is the Chairperson of the National Elections Commission (NEC). She was appointed on 10th April, 2020 by the President of Liberia, H.E. Dr. George Manneh Weah who had earlier nominated and appointed her as Co-chair on 3rd April 2020 following her confirmation by the Liberian Senate.

She is a veteran Broadcast Journalist who worked many years in the field at the Liberia Broadcasting System (LBS), Star Radio, and the Talking Drum Studio (Search for Common Ground). The Acting Chairperson of NEC also worked for a decade as a National Professional within the UN System as Communications Officer with UNOMIL and UNDHA/UNHACO, and as Associate Gender Officer, in the Office of the Gender Adviser (OGA) with the United Nations Mission in Liberia (UNMIL).

She loves working, singing, dancing and caregiving to her two daughters and a host of external relatives.

My objective is to work toward strengthening the NEC’s Core Values of Independence, Integrity, Professionalism and Consistency which translate into NEC’s Vision of a credible